During the summer of 2012, my sister, brother and I traveled to Spain, Italy & Greece. The tale of this journey could be told in multiple posts, but I’ll start with this one: Images of Greece.

I was reluctant to visit this country, which was my brother’s choice. But rarely a week goes by without my mind drifting to Hydra–an island not far from Athens. This is a beautiful country, and I hope my photos can share even a tiny bit of its awesomeness with you.

The coast of Hydra, Greece

Some even older stuff in Athens, Greece

Some older stuff in Athens, Greece

Some old stuff in Athens, Greece

Even more stairs in Hydra, Greece

Vehicles are banned on Hydra, Greece. Donkeys only.

Sunset from a bar in Athens, Greece

My grandmother is Japanese. After 27 years of thinking I understood this part of my identity, I finally journeyed to Japan. I had no idea just how mind-blowing this experience would be. My grandmother led the expedition that included myself, my mom, and my sister. I’ll write more about this adventure later, but for now I’ll simply share some photos. 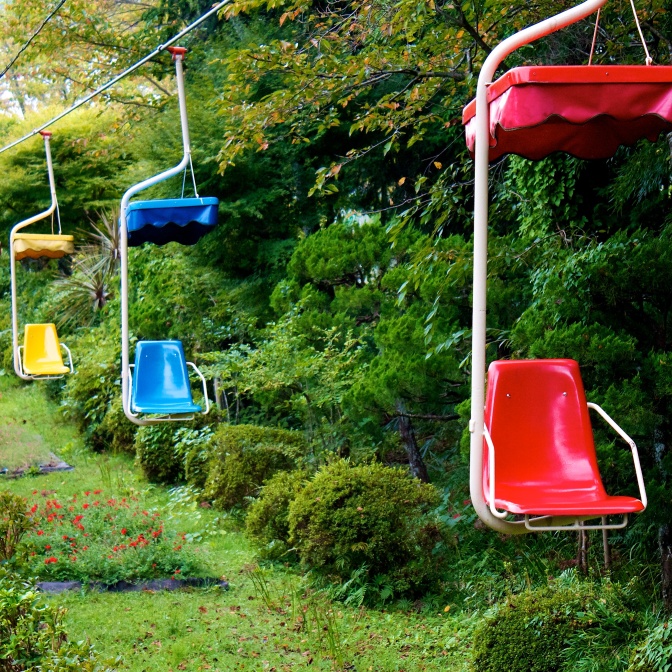 (Not Pictured) GIANT SPIDERS all over this ski lift.

A violent version of paper, rock scissors that involved hitting and slapping. 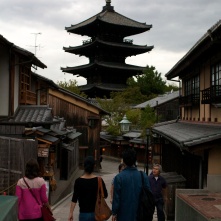 Another Pagoda. They LOVE these things in Japan. 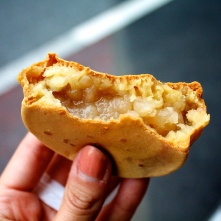 Can someone tell me what these are called? I could not get enough of them while in Narita.

Confused by the Hot Dog reference. Does Hot Dog mean dragon in Japanese?

He’s waving at me, guys.

The world’s largest bronze statue of the Buddha Vairocana.

Did you know that deer purr like cats when you pet them? That’s actually a lie…

Fishes inside a fish. What a wild and crazy idea!

Hiding from the paparazzi. She’s huge in Japan.

I became obsessed with Mr. Donut while in Japan.

I ordered this kitsune udon from a 24 hour automated machine. It happened. And it was good.

I tried my hand at the ancient art of Japanese calligraphy. 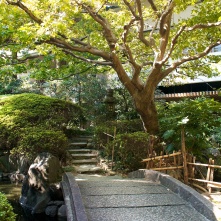 I was amazed to learn that Japan is just COVERED in picturesque bridges.

In case you were curious, here is an alternative view of the Golden Pavilion.

In Japan, green ice cream is mostly likely green tea-flavored. But it could just as easily be seaweed-flavored. YUM!

Just strolling on a 3 mile long sand bar. WHAT UP!?

Kennin-ji. A sure fire way to feel zen is watch a Japense caretaker rake a zen garden… then STOMP ALL OVER IT… just leaves me feeling so centered.

Stairs to a pagoda. 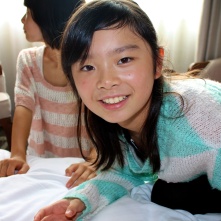 Mina, up close and personal.

Moments before the mosh pit broke out. 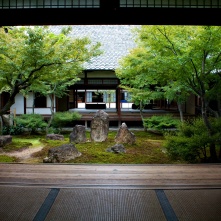 My future mental well being depends on having a garden like this.

My g’ma and her sister visiting my great grandfather’s grave. 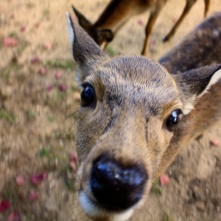 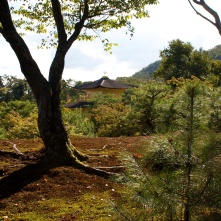 One last view of the Golden Pavilion, guys. No, stop asking! I know you just LOOOOOVVEEE looking at the same shrine from various angles, but COME ON! 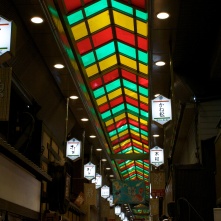 One of my top 3 favorite stops in Kyoto.

One of the few photographs I took in Tokyo. My feet deserve some attention.

One of the smellier places I visited in Kyoto. 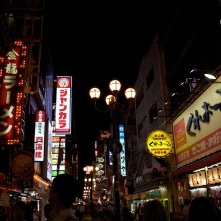 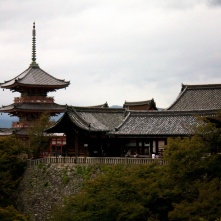 So. Many. Pagoda. Photos. Sick of them yet?

Rocking out to some koto music. 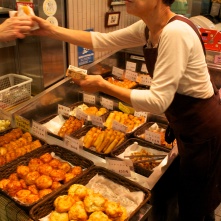 She told me it was shrimp. Part of it might have once been shrimp, but it was mostly deep-friend, shrimp-flavored sponge. Yum!

She wants all the deer cookies to herself. SELFISH!

So. Many. Shrines. Sick of them yet? 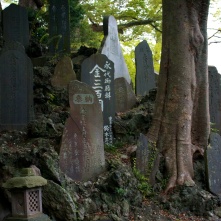 Some rocks in Narita.

Somewhere over Yukon. I’m in love with Canada.

still not positive what the bibs mean. Any insight? 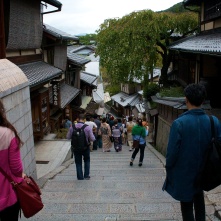 Strolling in Kyoto. On the lookout for Geisha. WHAT ELSE??? 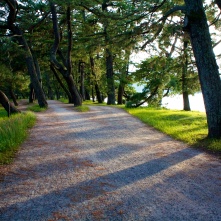 Sun through the trees, Japanese style.

Taken immediately before I witnessed someone get mugged from the back of a motorbike.

The future color scheme of my house. Including the dragon heads.

The Golden Pavilion. A Zen Buddhist temple in Kyoto, Japan. When I saw it I was all like, “whaaaa!!! IS THIS THING FOR REAL!?!?”

The royal pond where the Emperor’s royal fish swam. 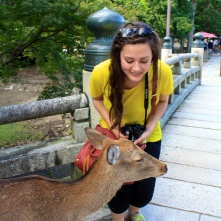 This photo was taken immediately before Jamie kissed this deer… on its deer face!! GROSS, JAMIE?!

We celebrated Japanese religion by throwing money at it. 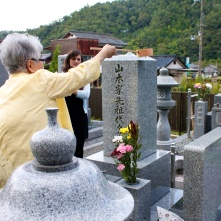 When I asked my grandma what she was doing, she said, “Giving him a drink.”

You can hardly see him, but there was a fisher guy way out in the water.

After three years as the Connecticut Whale, the Hartford Wolf Pack is celebrating its return to a more predatory moniker by preying on the Hershey Bears. No offense to whales, but an entire pack of bloodthirsty wolves is much scarier than a pod of marine mammals, and Hartford lived up to its name change at Saturday’s game. Hartford battled through a second period deficit to come out of Giant Center with a 4-3 victory over Hershey. 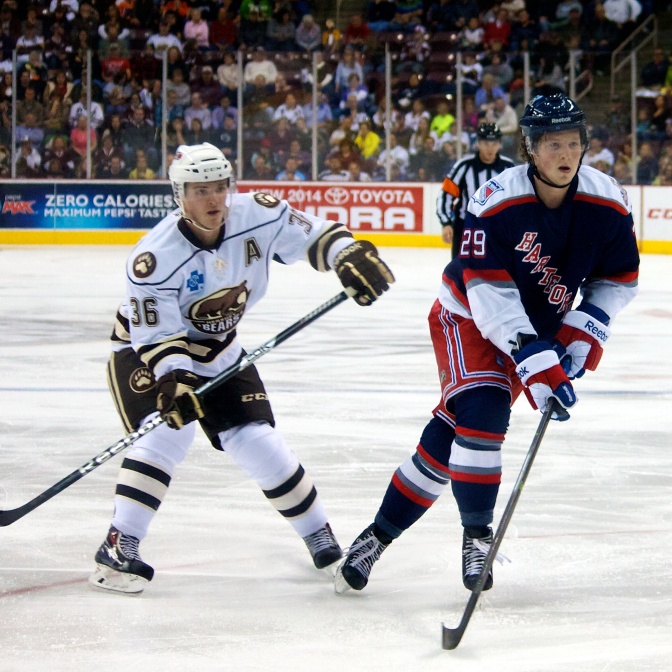 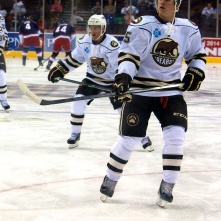 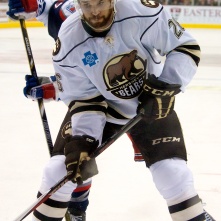 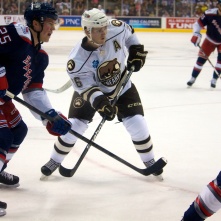 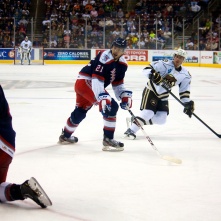 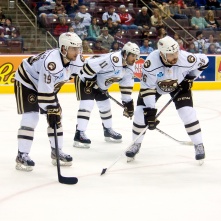 After four years of membership, I have FINALLY added photos to my Flickr account. I have no idea why I even bothered signing up in 2009. I did NOTHING with it… until now. It’s by no means complete, but check out what I’ve uploaded so far: http://www.flickr.com/photos/annilizzi Woohoo!